A photo of Rihanna after she was allegedly assaulted by Chris Brown has been obtained by TMZ. 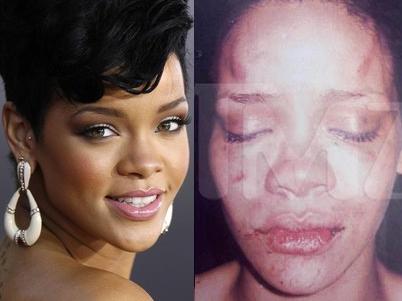 The Internet was on fire Thursday night over the appearance of a photo purported to be of Rihanna after she was allegedly assaulted by Chris Brown. The picture is a close-up of a young woman with her eyes closed and bruises and cuts on her forehead, lips and cheeks.

Los Angeles police spokesman Sgt. Ronnie Crump declined to comment on the photo, saying: “The LAPD by practice does not release photographs of victims of domestic violence. They are considered a protected class of people.”

Rihanna — who turns 21 years old tomorrow — has been lying low in her native Barbados following the alleged attack the morning of the Grammys, which started when another woman sent a text message to Brown.

Brown, 19, was arrested for making criminal threats, but has yet to face charges from the Los Angeles District Attorney.

He released a statement on Feb. 15 saying he was “sorry and saddened…over what transpired.”