Rihanna enjoys some retail therapy at the Intermix boutique as she shops in the SoHo area of New York City on Friday (March 22). 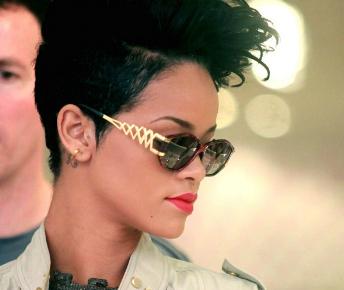 The 21-year-old Barbadian beauty was recently linked to rapper Drake Graham, but he shot down the rumor.

He said: “It’s not like that at all. I’m being honest. She’s just a friend, that’s all. Nothing at all happened. I have the most respect for her. I think she’s so talented.”

Rihanna’s ex, Chris Brown, however, has reportedly been in the studio working on a country song and he may be paired up with American Idol winner Carrie Underwood according to EW! Chris has previously worked with another American Idol winner, Jordin Sparks, on their hit, “No Air”.