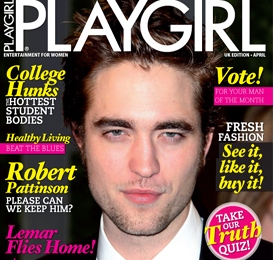 The “Twilight” heartthrob went against the norm of posing in the buff, instead opting to wear a classy tuxedo for the spread.But he assured his fans that they will see more of him in “Bel Ami”.

On 1890’s based Paris film, Robert revealed that there’s quite a bit of nudity and there’s a lot of his crack in it.