A dapper Robert Pattinson arrives at the amfAR Cinema Against AIDS 2009 benefit held at the Hotel du Cap during the 2009 Cannes Film Festival in Antibes, France on Thursday afternoon (May 21). 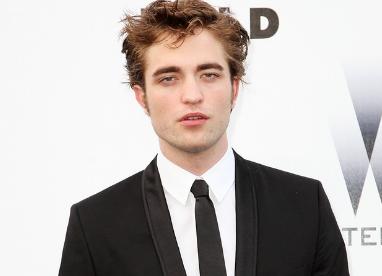 The 23-year-old British actor suited up in a black shawl collar tuxedo, white shirt, black tie and shoes all by Dolce&Gabbana.

Robert attended the Inglourious Basterds premiere yesterday afternoon and teased about his own upcoming flick, New Moon. He shared, “It’s [filming] going very well. I think it’s a lot better than the first one. I hope everyone enjoys it.”

The film is an adaptation of “Guy de Maupassant’s” short story and is scheduled to begin shooting in Paris next year.