A source says, the “Remember Me” on-screen lovers have been seen getting cozy in Manhattan, where they’ve been filming the movie for a week. 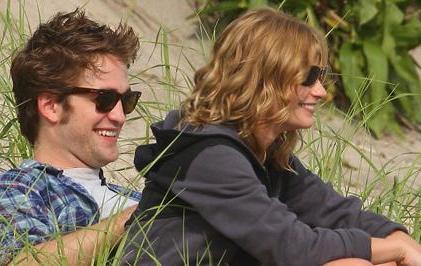 Playing lovers in the upcoming drama romance movie “Remember Me,” Robert Pattinson and Emilie de Ravin are reported embarking on a love relationship off screen. They, according to unnamed source, have been spotted getting cozy at the super exclusive Soho House in Manhattan, after a week of filming in Queens, NY.

“More than once, they left the others and retired to a private ‘smoking room’,” the source tells Radar Online. “There’s real chemistry between the two – in front of the camera and off.”

Rumored dating his co-stars isn’t something new for Robert Pattinson. He’s been believed dating his “Twilight” on-screen girlfriend Kristen Stewart. Some other female actresses who have been romantically linked to him include Natalie Portman, Camilla Belle, and Megan Fox.

As for Emilie de Ravin, she had her representative announcing earlier this month that she and actor husband Josh Janowicz are divorcing. The pair had been married since June 2006.

Robert Pattinson and Emilie de Ravin’s “Remember Me” will arrive in U.S. theaters on February 12, 2010.