Robert Pattinson made a french connection — and she’s talking to Star. 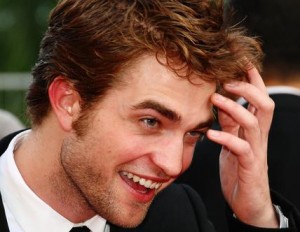 After flings with his beautiful costars Kristen Stewart and Nikki Reed and actress Camilla Belle, the Twilight hottie set his sights on a stunning California blonde at a party at the Hôtel du Cap Eden-Roc in Antibes, France on May 22.

Star tracked down the lucky lady — Erika Dutra — who talks to us exclusively about her night with the hunk.

“We had a great time together! Rob’s very sweet,” Erika Dutra gushes to Star through giggles in our June 8 issue. “He’s even better-looking in person than he is in photographs.”

Erika’s friend Amika Akaya adds that she’s not surprised her pal caught Rob’s eye. “Not only is she beautiful, but she’s also a really great person — fun, outgoing and supersweet,” she tells Star.

You should find June 8 issue of Star — on sale Wednesday — for photos and details, including which celebrity briefly interrupted their PDA and how the duo ended the night.