Princess Eugenie enjoys her first solo job as a Royal – at a trendy West London club. 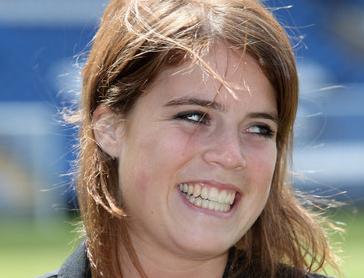 The club – whose song is Blue Is The Colour – were hosting footballers with Down’s syndrome visiting from Hong Kong.

The Princess capped her big day with a visit to the Royal Academy of Arts.