After his frenzied months in New York, Robert Pattinson is saying Hooray for Hollywood. 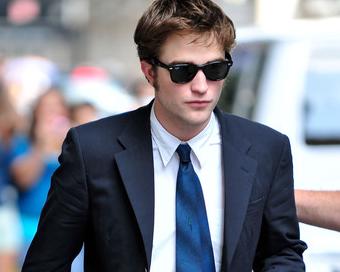 a report has exclusively indicated that the brooding Twilight vamp touched down in Los Angeles on Tuesday, hopping off an American Airlines flight in his favorite black hoodie.

While the majority of his Twi-Saga family departed for Vancouver today, where filming on Eclipse is about to commence, Pattinson did not connect flights and head north.

Robert Pattinson instead departed in a black SUV, trying to evade photographers the entire time.

What could Rob possibly sticking around for? His costar Kristen Stewart is in town as well, filming the Joan Jett biopic The Runaways, until August 17.

Wonder if they’ll be occupying each other until then?