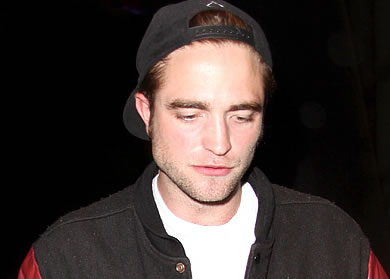 The 27-year-old actor joins other celebrities, who heads to the Staples Center to watch Jay-Z’s wife perform. He is sporting a backward black cap, vintage MTV varsity jacket, white t-shirt, jeans and boots for the event. Meanwhile, Robert is being linked to Riley Keough after being spotted with a mystery woman while driving his truck in Los Feliz on June 29.