A kiss on the hand can be quite continental, but is a kiss on the cheek from Robert Pattinson worth thousands? 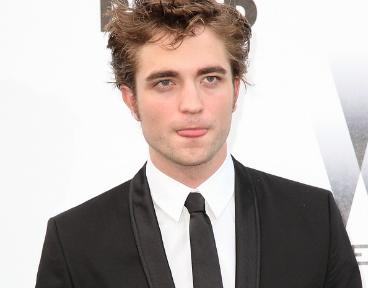 Apparently two proud papas thought so during the amfAR benefit in Cannes last night, as they shelled out some pretty serious dough to earn their daughters the right to have those highly-prized lips grace their faces.

The ‘Twilight’ star auctioned off two “pecks on the cheek” at the star-studded amfAR charity benefit at the Cannes Film Festival last night (21.05.09).

The 23-year-old actor was sitting at a table with Domenico Dolce and Stefano Gabbana at the lavish Hotel du Cap when movie mogul Harvey Weinstein suggested Pattinson sell a smooch.

E! News reports that Harvey Weinstein joked onstage about his daughters going gaga for R-Patts and changing their names to Pattinson after seeing him in Twilight.

“Harvey then suggested auctioning off an opportunity for someone’s daughter to meet and get a kiss on the cheek from Pattinson,” a fellow partygoer tells E!. “There were two bidders who paid 20,000 euros each for their daughters to have that kiss.”

Pattinson was shocked by the impromptu auction, but agreed to take part to raise money for charity.

A source said: “Harvey put him on the spot, in a playful way. And Robert agreed to it in his usual brooding, modest way.”

The proceeds will go to amfAR, an international foundation for AIDS research.