Robert Pattinson and a fellow capped British actor, Tom Sturridge, are spotted out and about in New York City on Sunday afternoon (June 7). 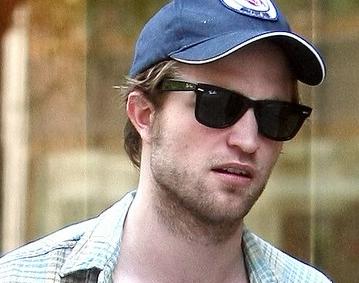 The “Twilight” actor looked to be doing his best to avoid trailing paparazzi, enjoying the fresh air as he and his pal wandered about the Big Apple.

On Friday, the twosome was spotted downing drinks at Black & White bar in the East Village.

Soon, Rob, 23, will be shooting his next movie, Remember Me, in downtown NYC. Former James Bond star Pierce Brosnan will to play Rob’s dad.

Lost star Emilie de Ravin was cast in the film, playing a young woman who, after watching her mother get killed before her eyes, seizes life to its fullest.