Robert Pattinson is too busy filming in Canada to show up at Kids Choice Awards this Saturday, March 28. 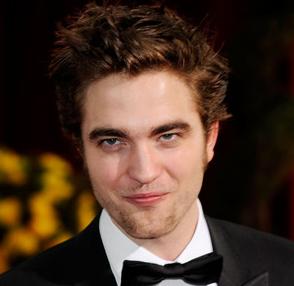 One celebrity surely not getting slimed this year at the annual Kids Choice Awards is Robert Pattinson. Although his 2008 film “Twilight” has gained momentum for him this year, the British hunk reportedly is not attending the ceremony which will be held on Saturday, March 28 at UCLA’s Pauley Pavilion.

Organizers revealed that the Cedric Diggory in “Harry Potter and the Order of the Phoenix” will neither be present at the event nor tape a video appearance. He is reportedly busy filming the sequel to “Twilight”, “The Twilight Saga’s New Moon” in Vancouver, Canada. Pattinson is not in the nomination but the book of “Twilight” is nominated for Favorite Book.

Nevertheless, the awards show that honors the selection by young kids, will still be a star-studded affair. Jonas Brothers and The Pussycat Dolls have been confirmed to take the stage to perform while Dwayne Johnson aka The Rock will host. Also included in attendance list are Miley Cyrus, Zac Efron, Megan Fox, Shia LaBeouf, Reese Witherspoon, Hugh Jackman, Leonardo DiCaprio and many others.