Robert Pattinson is worried that his rumored girlfriend Kristen Stewart will end up falling in love with their Twilight costar Taylor Lautner, it has been claimed. 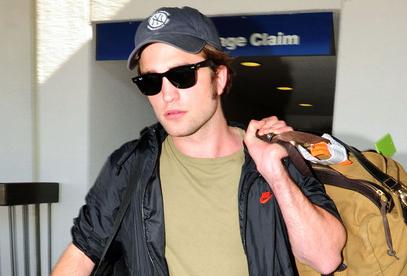 A source told American tabloid Star that Lautner, 17, “definitely has a crush on Kristen. She treats him like a little brother.”

The publication also claims Taylor and Kristen, 19, were “inseparable” during the Teen Choice Awards in Los Angeles Sunday.

“Rob is really nervous that Kristen will fall for Taylor’s charms,” a source said.

So it’s no wonder the 23-year-old British actor is doing his best to keep hold of his woman.