During the filming of “The Twilight Saga’s New Moon” in Vancouver, Canada, Robert Pattinson likes eating spaghetti with meatballs and drinking Global cocktail at a local eatery. 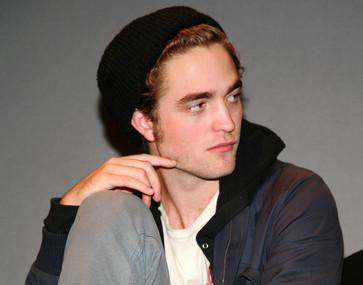 Filming his latest big screen project “The Twilight Saga’s New Moon” in Vancouver, Canada, Robert Pattinson likes to eat spaghetti with meatballs and drink Global cocktail at a local eatery called Glowball and Satay Bar. According to the restaurant’s manager Jan Wichmann, the British heartthrob usually eats there alongside the other cast of the film.

Jan explained: “They have visited us about four times and Robert really loves our Global cocktail. It is a mixture of Martini, Vodka, Alize and fruit juices.”

He continued: “He had several of them the last time he was here and he left in a very good mood.”

He added: “Robert also enjoyed our special spaghetti dish which we make with Kobe beef meat-balls – he has ordered it each time he dined with us. All the cast members who visited us were very friendly but we are used to having actors pop in because there is a lot of film production in Vancouver now. Robert seemed like a very chilled-out guy and despite the fact he is well on his way to becoming a huge star he was very polite and well-behaved.”

Robert Pattinson has been in Vancouver filming “The Twilight Saga’s New Moon” since March 23. He is joined by the other cast of the romance-thriller-drama flick, like Kristen Stewart and Taylor Lautner. The highly anticipated movie itself, which is a sequel to the box office hit “Twilight”, is set to be released in U.S. theaters on November 20 later this year.