It was a near “New Moon” and though it matches the title it wasn’t really about the movie. Robert seems to want a view of Kristen’s bum and People magazine has and item about a skinny dip attempt from Rob Pattinson as he tried to get Kristen Stewart out of her clothes while shooting the vampire vs. werewolf sequel in Italy. 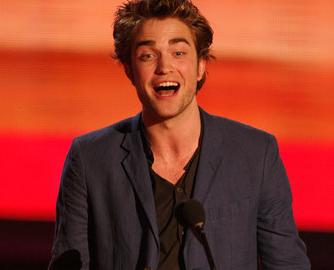 A New Moon movie strip from Kristen and Robert? Can you imagine the search for the pictures? People explains, “What happens when a vampire steps out under the Tuscan sun? Robert Pattinson and Kristen Stewart generate serious heat as they film the sequel to Twilight.”

“Just how scorching hot did it get for stars Robert Pattinson and Kristen Stewart on the set of New Moon in Montepulciano, Italy? “Rob suggested a nude dip in the fountain to Kristen,” says a set source. No such luck, Twilight fans – though Pattinson did strip off his shirt as the pair filmed an action sequence in which Stewart’s character Bella Swan dashes through a town festival to save vampire Edward Cullen (Pattinson) from the treacherous Volturi vampires.”

After two months of filming in Vancouver, Ashley Greene was among the lucky costars to head to Italy, where she squeezed in a tour of nearby Siena. “It was just beautiful,” she told the weekly entertainment and pop culture magazine. “I didn’t want to leave.”