George Lopez, a comedian, is set to team up for a project with Salma Hayek as he is currently in talks with the actress and her partner Jose Tamez’s production company. 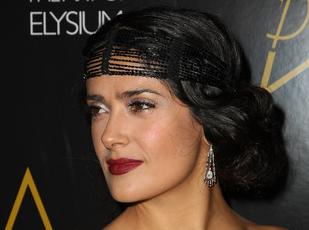 According to a report, he will co-write, produce and star in one of the films with a title “Bones Family”. He will also be working on the script with directors Gabriel and Rodolfo Rivapalacio.

The plot follows a father who tries to reunite his dysfunctional family by taking them on a road trip to Las Vegas.

In April 2007, Salma Hayek finalized negotiations with MGM to become the CEO of her own Latin themed film production company.