Gwyneth Paltrow uses snake venom to preserve her youthful looks, it has been claimed. The actress swears by an anti-wrinkle skin cream made from serpent poison to keep her skin looking young and vibrant. 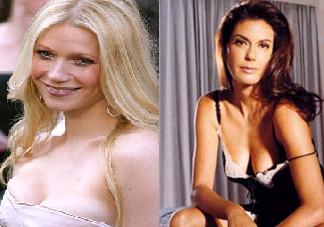 She is said to regularly visit the Beverly Hills Sonya Dakar Skin Clinic where she buys a wide range of Ultra Lux 9 products, including one cream that contains the venom.

A source revealed, “It’s not Botox. It is just a cream that has the venom of a snake in it. The cream is part of the facial treatments available at the spa.”

The 34-year-old actress isn’t the only celebrity to experiment with bizarre beauty treatments.

Debbie Harry recently confessed she has been injecting herself with sheep embryos since she was 35.

The Blondie singer revealed, “I thought, ‘Wow, this is so logical – you have fresh cells.’ I was the youngest person that had ever done it. They made the injections from the embryos of black sheep. There were 11 injections in all.”

Teri Hatcher’s beauty regime reportedly involves pouring a glass of wine into her bath.
The ‘Desperate Housewives’ star is an advocate of its skin-softening properties.