Salma Hayek has denied a claim by Batman producer Jon Peters that he had an affair with her. 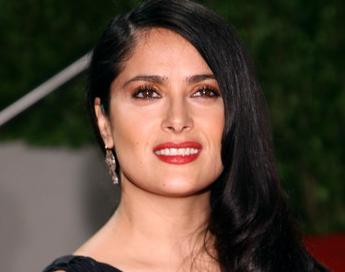 The claim is made in a book proposal detailing his career and personal life that the 64-year-old is shopping.

“After several weeks of continued press coverage of Jon Peters’ upcoming book, I want to make something very clear,” Hayek says in a statement to EW website. “I have never dated nor had a romantic relationship with Mr. Peters. My name has been continually linked to his romantic liaisons, and I want to put a stop to this lie”

According to a report, much of Peter’s book proposal dwells on his claimed affairs and additionally names Barbra Streisand, Kim Basinger, Pamela Anderson, Nicolette Sheridan, Sharon Stone, and Catherine Zeta-Jones as past lovers.

The couple exchanged vows for the second time in Venice on Saturday, April 25.