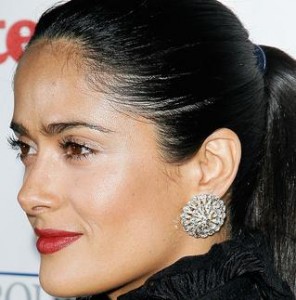 The actress looked stunning in a purple outfit and hardly wears any makeup on her eyes.

There is a speculation that she’ll be playing a stripper in the next film called “Keep Coming Back”. According to the claim, Alta Films have recently picked up the film’s Spanish rights. The film is expected to begin shooting in July in Los Angles.