Sam Rockwell has already revealed the new movie of Jennifer Aniston. The actor will be teaming up with Jennifer Aniston in a new film “You Are Here”, which starts to film next year. In the film, there will be two sides of a love triangle. 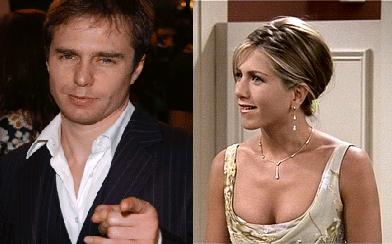 The actor was in Los Angeles to promote indie thriller “Joshua” that opens July and co-stars Vera Farmiga.

When he was asked if it is weird working with Jennifer Aniston since he is a friend of Brad Pitt, Sam Rockwell revealed, “Oh no – it’s an acting part. It’s not like I’m really going to have an affair with Jennifer. I have a girlfriend and I think she’s got a boyfriend – I don’t know. Ask the tabloids – they know better than me! But yeah, I know Vince Vaughn too. Vince is a friend of mine and Brad is a friend of mine. I’ve met Jennifer – she’s a lovely person, such a nice person.”