Sarah Michelle Gellar, the former Buffy The Vampire Slayer” star has ruled out starring in a movie adaptation of her hit television show. It is because she finds the prospect too terrifying. 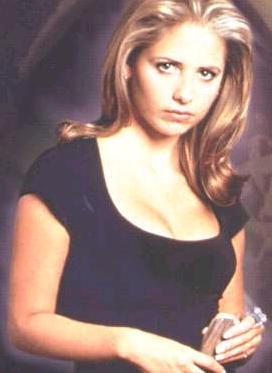 The series, which ran for six years, was originally adapted from the 1992 film of the same which starred Kristy Swanson in the title role – but Sarah Michelle Gellar insists she would never take part in a second big screen version.

The actress is convinced the show’s ending was good enough and it would be hard to better its conclusion, saying, “I have to be honest. That thought really scares me. Buffy was a movie and it didn’t work because her story was longer than that.”

She continued, “This was about a girl that you had to get to know and it took so long to figure out how to crack the ending so that people weren’t upset.”

She added, “Of course I never say never, so I’m not saying no, but my fear would be to open something like that up again, to only end it again.”