Sarah Palin defended her claim that Barack Obama “pals around with terrorists” when she revealed that the association of Democratic presidential candidate with a 1960s radical is an issue which is “fair to talk about.” 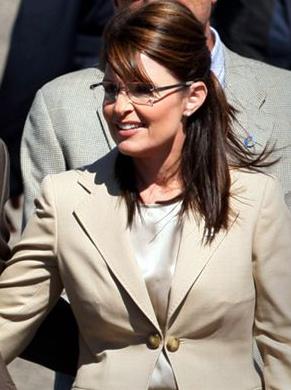 Barack Obama, who previously celebrated his anniversary with his wife Michelle, has denounced the radical views and actions of Bill Ayers, who was a founder of the violent Weather Underground group during the Vietnam era. On Sunday. The Democratic presidential nominee also dismissed the criticism from the John McCain campaign, which was leveled by Sarah Palin, as “smears” meant to distract voters from real problems such as the troubled economy.

Sarah Palin, who is the Republican vice presidential nominee, started the harsh attack, which marked a new strategy by John McCain’s presidential campaign to go after Obama’s character.

The vice presidential hopeful, who boarded her plane in Long Beach, California, defended her harsh comment, saying: “The comments are about an association that has been known but hasn’t been talked about. I think it’s fair to talk about where Barack Obama kicked off his political career, in the guy’s living room.”

She elaborated on her attack when she claimed that one of Obama’s advisers had described Obama and Ayers as “friendly.” She explained: “In fact, Obama held one of his first meetings hoping to kick off his political career in Bill Ayers’ living room”

During her stop in California, Sarah Palin was asked about a media analysis that suggested her charge about Ayers was unsubstantiated, a point made by other news organizations, and the criticism carried a “racially tinged subtext that McCain may come to regret.”

Sarah Palin, who thought that the issue had not been sufficiently discussed, replied: “The Associated Press is wrong.”

The vice presidential hopeful, who was recharged after last week’s debate against Democratic vice presidential nominee Joe Biden, is animating the party’s conservative wing with harsh attacks against Obama. She’s courting high-dollar donors for campaign cash. And she is looking to wrestle away women and independent voters from the Democrats.

She added: “The heels are on, the gloves are off.”