Republican vice presidential nominee Sarah Palin, who previously appeared in a comedy show “Saturday Night Live,” said she has not heard any offensive comments about Democratic presidential candidate Barack Obama at her rallies. 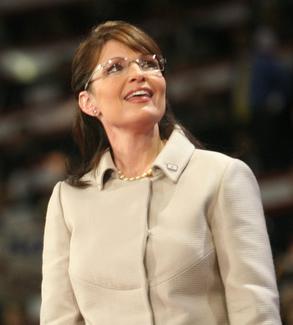 In an interview with the Christian Broadcasting Network, the Alaska governor revealed if she were to hear offensive or threatening comments she would react immediately, according to a report.

The Republican vice presidential hopeful declared: “If I ever were to hear that standing up there at the podium with the mic, I would call them out on that, and I would tell these people, no, that’s unacceptable, let’s rise above that please.”

Sarah Palin also said she would continue to continue accusing Democratic presidential nominee Obama of “palling around with terrorists” because of his association with the former founder of the radical group the Weather Underground.

She added: “I would say it again, I would say it again, because again, according to the information that we have, the association that he’s had with Bill Ayers wasn’t just one or two time sitting on a board together. No, there’s been quite a few associations and events and meetings and discussion and e-mails and calls and to not disavow that too, I think is troubling.”