Sarah Palin has revealed her feelings on the much-talked about and criticized interview she did with CBS anchor Katie Couric. 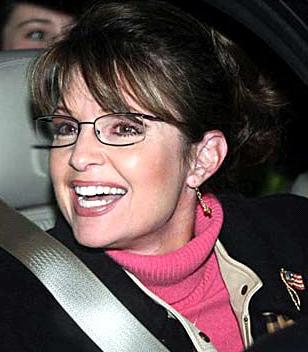 The Republican vice presidential nominee admitted that she was “annoyed” with the way Katie Couric handled their interview, saying: “Ok I’ll tell you honestly, the Sarah Palin in those interviews was a little bit annoyed.”

Sarah Palin struggled to answer Katie Couric’s questions about foreign and economic policy. She was also unable to name a Supreme Court decision she disagrees with aside from Roe V. Wade.

She aimed to defend herself for some of the criticism she got for the Couric interview, adding: “In those Katie Couric interviews I did feel that there were a lot of things that she was missing in terms of an opportunity to ask what a VP candidate stands for.”

Sarah Palin thought Democratic nominee Barack Obama is not qualified to be President of the United States as she stressed: ““Some of his comments that he has made about the war that I think may — in my world– disqualifies someone from consideration as the next commander in chief. Some of his comments about Afghanistan and what we are doing there supposedly– just air raiding villages and killing civilians. That’s reckless. So I wanted to talk about things like that. So I guess I have to apologize about being a little annoyed, but that is also an indication of being outside that Washington elite and being outside the media elite also and just wanting to talk and just wanting to talk to Americans without the filter and let them know what we stand for.”

Alessandra Stanley, who is New York Times critic, revealed: “Ms. Palin spoke far more fluidly and confidently than she had in her devastating interviews with Katie Couric of CBS. Ms. Palin did stumble into a few loop-the-loop non-sequiturs, but mostly she stuck to practiced talking points. She didn’t answer questions directly, but she spoke out with self-assurance and even cockiness, correcting Mr. Biden when he tried to repeat the Republicans’ slogan about oil exploration in Alaska. ‘The chant is ‘drill, baby, drill.'”