Tina Fey, who previously debut in “Saturday Night Live” as Sarah Palin, has created a “dead on” close impression of the vice presidential candidate, according to Sarah Palin’s sister. 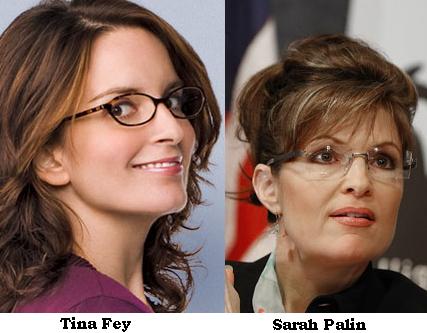 When asked how close to the mark is Tina Fey’s impression of Republican vice presidential candidate Sarah Palin on Saturday Night Live, Heather Bruce revealed: “[It is] really dead on physically.”

Sarah Palin’s sister added in a two-part interview set to air Thursday and Friday: “[Tina Fey] does a great job. Maybe “[she] goes a little bit overboard with the sarcastic impressions, but I know that’s Hollywood.”

Heather Bruce described her sister as tough when it comes to handling media scrutiny, including her much-dissected interview with CBS’s Katie Couric.

Heather insisted: “I couldn’t make myself watch. It just seemed like maybe she was attacking harder than I could have handled. But [Sarah] is cut from a different mold than I and she can handle this.”

She added: “Sarah’s gonna do great. I have a feeling people will see some of the old Sarah we know and some new great surprises and great revelations.”