Scarlett Johansson has denied reports she is supporting presidential candidate Barack Obama because she has “a crush” on him. 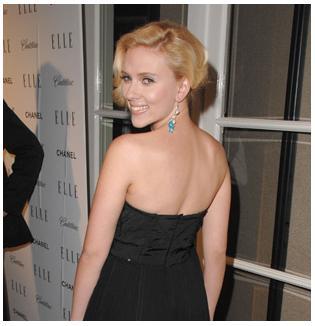 The 23-year-old star has long voiced her support for Obama in his race for the White House in the upcoming U.S. elections but Scarlett Johansson was recently accused of favoring the politician because of his good looks and not focusing on his policies.

But a source revealed that the rumors are just not true: “She is a surrogate (Obama campaigner). They’re not exchanging love letters. Everyone seems to be forgetting that she’s engaged.”

The source continued, “Kal Penn (actor and Obama supporter) is also a surrogate, and no one says he has a crush on Obama”.