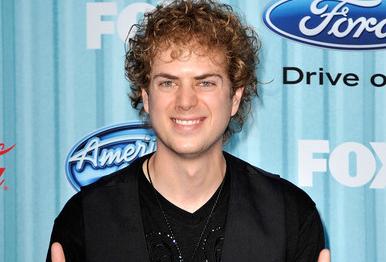 “We had two gorgeous grand pianos facing each other on stage, the piano curves fit together like shoes in a shoebox, and close-up camera shots of our fingers and faces were displayed on three huge jumbotrons at the front of the 7,000 seat Nokia Theatre as we sang in turn through Billy Joel’s ‘Tell Her About It’ and dueled it out in a tear-it-up piano solo section,” Scott wrote about the planned duet with Matt on his MySpace blog on Saturday. “According to some of the producers who witnessed our rehearsal, it was the most exciting and memorable number of the entire Finale show. I have the original Finale flow sheet right here showing the piano duel immediately after Kris Allen and Keith Urban.”

Scott said the decision to cut the duet was sudden and tough to take.

“Out of the blue about 9:30 AM [we] found out the duet had been cut and the decision was final. Needless to say, I was shocked. ‘American Idol’ had originally invited Billy Joel himself to perform with us, but he was unable to make it in the end; and because our duet was the only duet not involving another celebrity, it was the first thing to be cut when the show was condensed,” he continued in the blog post. “Over the last few days I have tried to reason this out every way possible, and it makes no sense to me why one of the most compelling and unique performances of the show would be cut simply because the original artist wasn’t present.”

Adding, “Perhaps Tatiana and Bikini Girl were more important after all,” referring to Katrina “Bikini Girl” Darrell and Tatiana Del Toro who received Golden Idol Awards during the finale’s broadcast.

Scott said he’s been flooded with emails from frustrated fans that wanted to see him perform.

“All I can say is that I share your frustration and am as disappointed as you are that I wasn’t featured during the Finale. I honestly just mustered up a smile and danced my way through the show,” he wrote to his fans. “I realize life isn’t fair, and with 30 million viewers tuning in, it definitely seems like a lost opportunity. But I believe God is bigger than all of this and has a plan for my life reaching far beyond the circumstances of today.”

Despite being bumped, Scott said viewers could see back on the “Idol” stage next season.

“‘American Idol’s’ Ken Warwick promised me several times that he would make it up to me by having me back to perform next season. I know it’s not always easy to hold a top Hollywood TV executive to his word, but Ken is the most talented and warm-hearted producer I’ve ever worked with, and I’d really like to believe he will come through on that promise,” Scott wrote. “I would love to perform an original song on the show from my upcoming Fall CD. Time will tell.”