The forensics expert hired by David Carradine’s family has concluded that the “Kung Fu” actor did not commit suicide, but said that more information was needed from Thai investigators before the cause of death could be determined. 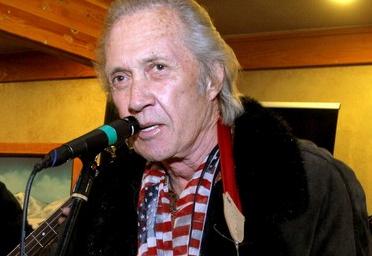 Carradine’s brothers, Keith and Robert Carradine, each read part of a prepared statement to reporters from The Associated Press at a Los Angeles hotel Thursday morning. In their first appearance since their older brother was found hanging in a Bangkok hotel room closet last week, they thanked supporters and asked for privacy.

“This is a devastating loss for our family and we greatly appreciate the compassion pouring in from all over the world,” Keith Carradine said.

They also released a statement by Dr. Michael Baden of New York that indicated a second autopsy determined Carradine didn’t kill himself.

“However, to reach a final determination as to the cause and the manner of death we must wait for further information from Thailand as to the scene findings and the completion of the crime laboratory and toxicology studies that are still being performed,” Baden’s statement said.

Reached by phone after the morning briefing, Baden said he expects to receive more information from Thai authorities in a week or two and stressed that the information at hand was incomplete. Baden didn’t elaborate on how suicide was ruled out

“The autopsy is only part of the analysis,” he said.

In the meantime, Robert Carradine asked the public and press for patience and time to allow the family to grieve.

“Until we have all of the pending results of the investigation we respectfully ask … that we be allowed to lay our beloved brother, husband, father, grandfather and great-grandfather to rest in peace and with dignity,” Robert Carradine said.

Rampant speculation about the actor’s death has swirled since a chambermaid at the luxury Swissotel Nai Lert Park Hotel in Bangkok discovered his body hanging in the closet of his room June 4. A Thai newspaper published a graphic photo of the death scene that police have said appears to be a leaked forensics image.

Thai police initially said they suspected Carradine’s death was a suicide, but later conceded it could have been accidental. Their description _ that the actor’s body was found nude, with ropes around his neck, wrist and genitals _ fueled speculation that he was killed while engaging in a dangerous sex practice called auto-erotic asphyxiation.

Thai authorities said on June 5 that it would take about three weeks for the results of their autopsy to be released.

Keith Carradine last week asked the FBI to take a role, and Thai authorities later said they would allow FBI agents to observe their investigation, but not take an active role. FBI spokeswoman Laura Eimiller said earlier this week that the agency would not make any more comments about its role in the Carradine investigation, but that agents stationed in Thailand have a good relationship with local authorities.

Agents typically only get involved in the deaths of U.S. citizens abroad when foul play is involved, she said.

Others who knew the 72-year-old actor have said they suspect foul play was involved. Keith and Robert Carradine on Thursday urged everyone to wait until the investigation has concluded.

“Once the investigation is fully completed and definitive conclusions have been reached, we will address the findings with the public,” Robert Carradine said.

Both Keith and Robert Carradine shared the screen with their brother, a prolific TV and film actor. David Carradine rose to prominence for his role on the “Kung Fu” series in the 1970s and experienced a resurgence in popularity after his role in Quentin Tarantino’s “Kill Bill” movies earlier this decade.

The family’s statement did not indicate the location of his body, or offer any information about funeral arrangements. They did not take questions Thursday after reading the statements.