Selena Gomez is best known for her work on Disney’s “Wizards of Waverly Place,” but she’s about to embark on a new career – adding recording artist to her resume. 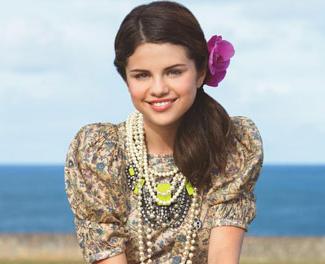 In a new interview with Teen Vogue, the 16-year-old star said she is gearing up for the release of her debut album where the former paramour of Nick Jonas lets her life spill out into her lyrics set to a “techno-pop-rock” beat.

“It’s what I’ve gone through with heartache, friendships, and things like that,” Selena told the mag’s June/July issue of her upcoming CD. “I want my fans to know me a little bit better after they hear this record.”

On finding love: “I used to say that I wanted someone cute and nice, an actor too, so he’d get it. But now I think it would be good for me to date someone who’s not in the business. Being cool, having a ‘cool’ energy, is just not attractive to me.”

On her upcoming debut album: “It’s what I’ve gone through with heartache, friendships, and things like that. I want my fans to know me a little bit better after they hear this record.”

On best friend, Demi Lovato: “We’re both surrounded by adults 24/7, and we have to act professional, but when we’re together we can just be sixteen. We both go through a lot, so it’s nice to know that no matter what, I’ll always have her.”

On friend and fellow Jonas Brother ex Taylor Swift: “She has helped me through some really hard times. And the thing I can’t stand about that girl is that she doesn’t even need to dress up and she still looks pretty.”

Asked if this “very special person” was a boyfriend, she says, “Maybe.” Asked if he was a Jonas, she says definitively, “No.”