Kate Moss has been spotted frolicking topless on a yacht in the South of France. 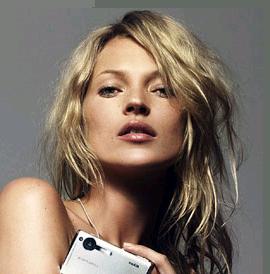 The British supermodel is enjoying an all-girl getaway with her pal Davinia Taylor on the Cote d’Azur, and had no inhibitions about showing off her assets.

A source revealed, “Kate spent much of her time in white bikini bottoms which unfastened at the sides. She later changed into a black and yellow bikini.”

The 33-year-old supermodel left her new boyfriend “The Kills” rocker Jamie Hince back in London where he is working on new material.

She dived off the yacht for a topless dip, rode on an inflatable rubber-ring and sunbathed in the baking temperatures.

In the evening, the supermodel and her actress pal went ashore for a meal at top seafood restaurant, Le Sloop. Pete Doherty, the former boyfriend of the British supermodel, spent the weekend in rehab at Wiltshire’s Clouds House Clinic.