Simon Cowell, one of the judges of “American Idol”, abides by a superstitious ritual before appearing on television. 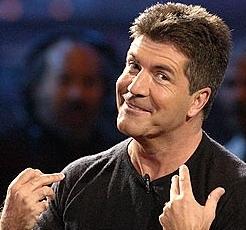 His ritual is he “worships” his hair-dryer, according to his co-star. Amanda Holden, his co-judge in Britain’s Got Talent, exposed Cowell’s pre-show ritual.

The actress explained, “He has a little routine before every show, with his hairdryer, but it’s pointless – he looks exactly the same afterwards. I can only assume it has become a sort of superstitious ritual. Just as Madonna prays before a performance, Simon worships at the alter of his Babyliss hairdryer. He likes to be assured he looks good and we always tell him he does.”