Khloe Kardashian, who is the sister of Kim Kardashian, is set to follow the footsteps of fellow rich girls Paris Hilton and Nicole Richie to jail. 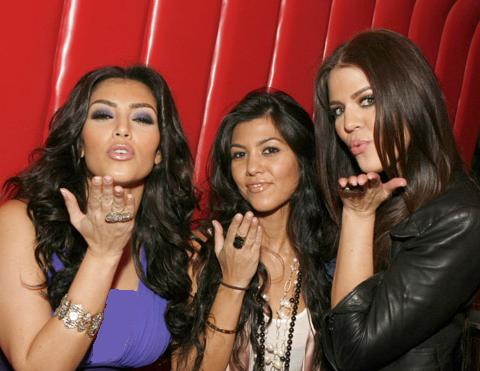 The Hollywood socialite and sister of reality television star Kim Kardashian will report to jail on July 18, according to Internet reports.

Kim Kardashian has been sentenced to 30 days behind bars for violating her probation on a Dui charge in 2007.

She was arrested in March 2007 and placed on 36 months probation, but she violated the terms of her probation by not attending alcohol education classes and a judge has ordered her to serve time.

In a statement, released on Monday (14Jul08), Kim Kardashian added, “Khloe is ready and willing to serve out her sentence, no matter how long and where, and have this resolved”.

Another report also revealed that a Los Angeles Superior Court judge ordered Khloe Kardashian will surrender to authorities on Friday and serve up to 30 days in jail.

The socialite will also have to enroll in an alcohol treatment program — one of the terms of probation she failed to complete — within three weeks of her release. She will also remain on probation.

Her publicist Jeff Raymond said, “Khloe is ready and willing to serve out her sentence, no matter how long and where, and have this resolved.”

It’s unclear how long Kardashian, 23, will remain in jail. More famous celebrities, including Paris Hilton and Nicole Richie, have served shortened sentences because of jail overcrowding.

Her drunken driving arrest was featured in an episode of the E! series. Her father gained fame for helping to represent O.J. Simpson after the former football star was accused of murder.

Her sister Kim Kardashian wrote in her blog:

I have been getting asked all day if Khloe is going to jail. I know my fans rely on coming to my blog for the truth…

Khloe wants you to know she was sentenced to go to jail in regards to her one DUI case last year.

Khloe is ready and willing to serve out her sentence, no matter how long and where, and have this resolved.

I urge people to learn from the mistakes of others. Please drink responsibly and it’s never acceptable to drink and drive!