Four of the five Spice Girls were reunited on April 22, 2007 for the baptism ceremony of Bluebell Madonna, daughter of Geri Halliwell. 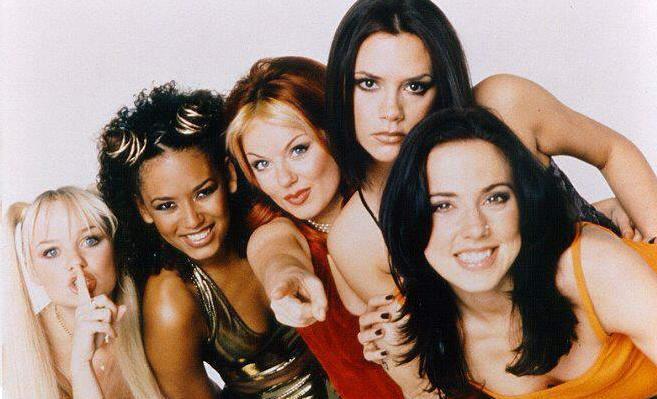 The only Spice Girl who is not around in the ceremony was Mel B, who lives in Los Angeles and recently gave birth to a baby girl, Fortuna Daphne Bay.

Geri Halliwell, 34, dressed in a figure-hugging pale blue dress, beamed as she proudly showed off her daughter to the 100 guests at the Highgate village church.

Socialite Lady Victoria Hervey revealed, “It was a lovely service. Geri looked stunning. It was good to see so many of the Spice Girls back together and getting on so well.”

Victoria Beckham brought her sons and Emma, the former Baby Spice, showed off her heavily pregnant frame in a black mini dress.