Suranne Jones, who is a former soap star known for her role as Coronation Street’s brassy factory girl Karen McDonald, has revealed her sexy side in a new lingerie shoot. 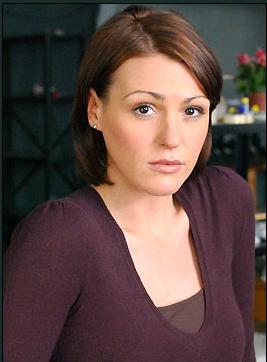 The actress, who is fronting an awareness campaign, is the new face for Eveden, who make of Freya and Fantasie lingerie, to emphasize the importance of wearing a correctly fitted bra.

The star has not always been so confident about her buxom shape, which was criticized early in her career. You could see her stunning photo here. Other great photos are here and here.

She has spoken previously about a casting director who cruelly said to her agent: “Suranne? Well she’s a bit fat and a bit nothing, really.”

She continued, “I was devastated. But I went to the audition, killed her with kindness and got an audition for a part in a soap.”

She also revealed that she was bullied at school, which led her to make herself sick, saying, “Even though I had a strong personality. It didn’t come out when they were calling me a slag and pushing me down the corridor and my confidence dived.”

Later, she got the role of Karen, a role that made her win the Most Popular Actress crown at the National Television Awards.