Suri Cruise cuddles up to mom Katie Holmes as the two attend a performance of The Nutcracker in New York City. 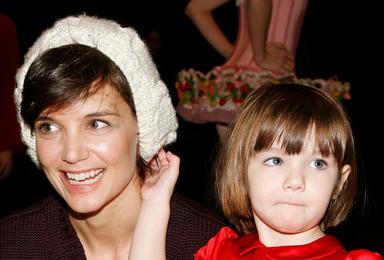 Suri’s dad, Tom Cruise, just received a Golden Globe nomination for his supporting role in ‘Tropic Thunder’ and his World War II movie, Valkyrie, is making its way to theaters on Dec. 25.

Meanwhile, Tom Cruise talked more about his fashionable daughter as he revealed a cute story about his wife Katie Holmes trying to get Suri to wear sneakers of which she refused to put on. The father of three says his youngest daughter called the sneakers “boy shoes.”