Suri Cruise has beaten off competition from Shiloh Nouvel Jolie-Pitt to be named the most influential Hollywood tot. 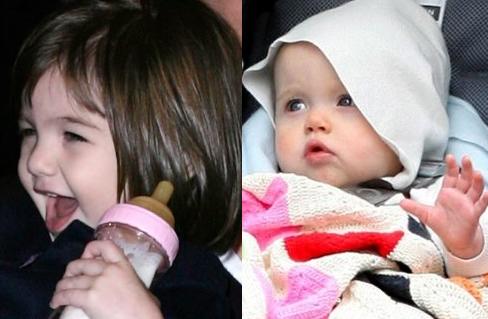 Tom Cruise and Katie Holmes’ adorable daughter is the favorite celebrity child under the age of five according to a list compiled by Forbes magazine.

Suri’s victory was calculated through a series of data gathering, including press clippings and a poll asking who is the cutest celebrity kid.