Suri Cruise will only eat with chopsticks. 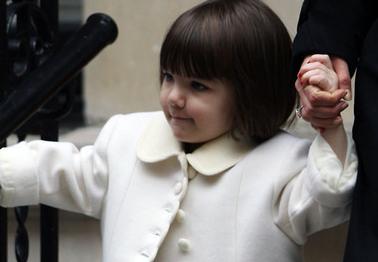 The three-year-old daughter of Tom Cruise and Katie Holmes insists on using the implements for all her meals and refuses to use a knife and fork.

A source said: “Suri doesn’t like to eat with anything else. During a recent visit to bakery Le Pain Quotidien she wouldn’t touch her sandwich and pastries without them.”

Katis has now taken to carrying a small pair of chopsticks around in her handbag to ensure Suri finishes her food.

The source added to the National Enquirer magazine: “It’s the only way she can get her to eat.”

Suri is not the only celebrity tot to have special dining requirements.

Gwen Stefani and Gavin Rossdale’s nine-month-old son Zuma eats with a $4,000 diamond encrusted spoon, a gift from her No Doubt bandmates.

A source said: “Gwen loves it. She would never buy it herself, but that is what makes it so special.”