Paris Hilton has a new Swedish boyfriend who had the impression that the socialite is nothing like the vacuous blonde bimbo she’s portrayed as in Europe. 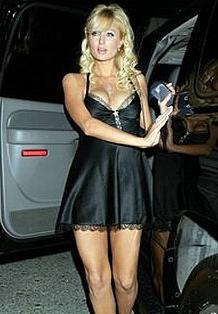 Her boyfriend Alex Vaggo, who was a tourist in LA when he met the socialite at a party, revealed he was taken by her sweet nature and her compassion – as well as her looks.

Alex Vaggo added, “I love that she’s a down-to-earth person who cares about real people and real problems in the world. She’s totally different from her public image. She’s smart, focused and beautiful. I’m very impressed with her.”

And Alex Vaggo hopes his romance with Hilton lasts longer than her other flings with heirs and millionaires, saying, “It’s early, we’re still getting to know each other, and I love spending time with her. Anyone would be lucky to be around someone like Paris.”