Courtney Love preferred that her 17-year-old daughter Frances Bean Cobain to become Jamie Lynn Spears, who had a daughter, Maddie, at age 17, in 2008.

Katie Holmes, who loves getting manicures with her two-year-old daughter Suri, likes nothing more than going to the beauty salon with her mother. 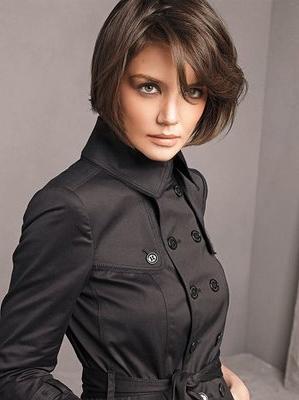 Antonella Barba has been a controversial American Idol contestant when her alleged nude photos that had been circulating the Internet. Antonella finally got eliminated in the contest when she got her walking papers (Episode 19). Antonella Barba, Jared Cotter, Sabrina Sloan, and Sundance Head were interviewed and asked by their experiences and their plans after the contest.

Here are the interview of some ousted American Idol contestants:

How hard was it to deal with all the controversy that was going on around you when you were on the show?
It was definitely difficult and it wasn’t how I intended things to go, but I tried to block it out as much as possible and stay focused on the competition. All that other stuff was completely irrelevant to the fact that I’m here to sing.

Visibility is important – does part of you feel that there’s no such thing as bad publicity?
Yes, it’s true that my name is more well-known because of it, but I’m not known for the things that I would like to be known for right now. I wanted to make a name for myself in singing. The pictures that have been released of me – the ones that actually are me – they were very personal and that is not how I intended to portray myself. I’d rather promote myself in a more classy way. And, again, that was private – that was not for the public eye.

Were you approached to pose in Playboy?
I heard about it but I was never approached.

Would you do it?
No. Right now I want to look at all the offers I get and sort out what’s best for me right now. I’m definitely not opposed to acting or modeling or something. I would definitely do pop music, but I would add my style to it – you know, a little R&B-ish pop music, maybe bluesy, jazzy.