Thierry Henry, a soccer star, told friends he was to divorce his wife at the wedding of Eva Longoria and Tony Parker, according to reports. 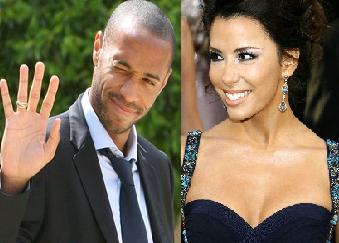 The French sportsman reportedly announced his split from wife Claire, who is also known by her modeling name of Nicole Merry, following the romantic ceremony in Paris last week.

A source revealed, “Thierry was acting like a single man. There was no sign of Nicole – even though she was a great friend of both Eva and Tony.”

A spokesman for Henry confirmed news of the split. In a statement that shows, “Thierry is extremely saddened by the breakdown of his marriage. He is anxious to move on with his life and maintain the best possible relationship he can with Claire for the benefit of their daughter Tea, whom, he loves very much.”