There is a speculation that Tom Cruise and Katie Holmes are planning to do a photo shoot but it was not certain if the celebrity couple will do a steamy photo shoot just like David and Victoria Beckham’s raunchy spread for W magazine. 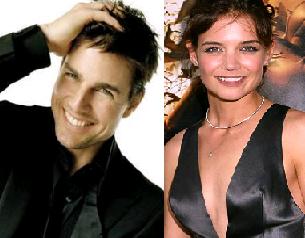 According to a report, a friend of the couple revealed, “They have already started planning some of the photos. One suggestion they were keen on was a shot of them posing together in the shower, dripping wet and covered by nothing but steam.”

The celebrity couple has kept a wholesome family image in Hollywood but they also want to show off a more sensual side of their relationship.

A friend added, “Tom and Katie really have amazing chemistry. They want to show the world how much.”

The couple is currently in Berlin with their daughter where Tom Cruise is filming his latest movie “Valkyrie”.