Tom Cruise has overthrown Johnny Depp as the world’s most powerful movie star in the new Guinness Book of World Records. 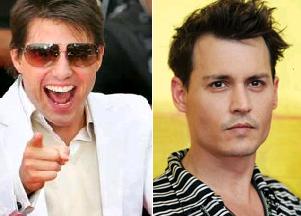 The “Pirates of Caribbean” star fronted the list last year, but Tom Cruise is once again on top, with Hollywood actresses Angelina Jolie and Jennifer Aniston coming in joint first among Hollywood’s leading ladies.

The new Guinness book also features a new record for The Most Hits From A Soundtrack In The U.S. Charts simultaneously, which belongs to High School Musical with nine. Meanwhile, CSI: MIAMI has been named the world’s most-watched show in the new record book.