Usher has married stylist Tameka Foster in a low-key ceremony held in Atlanta over the weekend. 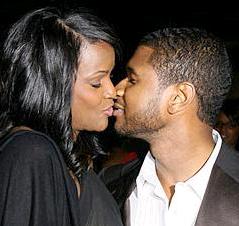 According to a report, Usher exchanged vows with Tameka Foster in his lawyer’s office.

The couple had planned a large wedding in New York, but this was cancelled after Usher’s new bride had a pregnancy scare.

Reports of the wedding first appeared in the Chicago Sun-Times that said the wedding occurred late last Friday.

They are expecting their first child later this year and Ms Foster has revealed that she had been pushing herself “way too hard”.

She added, “But I am fine and the baby is fine.”