Tom Cruise doesn’t treat his biological daughter any differently to his adopted children. 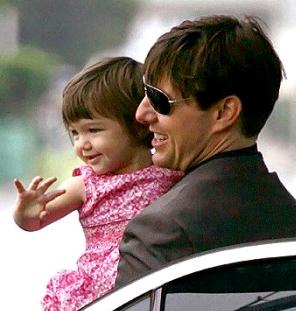 The “Mission Impossible” actor, who has biological daughter, Suri, with his wife Katie Holmes, and two adopted children – Isabella and Connor with former wife Nicole Kidman, insisted he loves them all equally.

The actor revealed, “I wanted to be a father all my life. Truly, it makes no difference to me between my adopted children and Suri. I’ve never separated them in my thoughts – I just don’t feel that way about it.”

Tom Cruise also revealed he is determined to ensure Suri travels all over the world, saying, “I like to encourage my kids to be open to other people, and other ways of life, and to be curious about them. That’s why we like to travel as a family.”

The actor added, “I always say to my children how important it is to try and look at things from someone else’s point of view, and that’s what travel does for you. We can look at other people, see what we have in common with them, and celebrate our differences from them.”