Tom Cruise, who was behind the camera on January 13, filmed his wife Katie Holmes and delightful baby daughter Suri Cruise as the tot shops for teddy bears and dolls at FAO Schwartz. 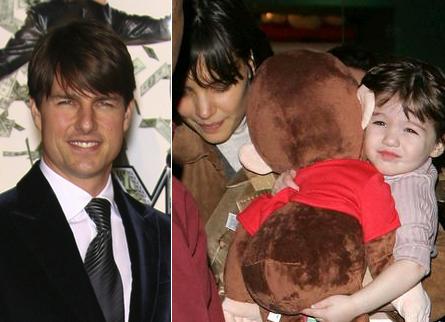 When asked at the event if there could be a new brother or sister for Suri Cruise soon, the 29-year-old actress responded, “Sure.”

However, she confirmed that there was no bun in the oven as yet.