Tony Parker, who was rumored to send text to Erin Barry, sent saucy text to a British model, whom he met at Ultimate Fighting show. 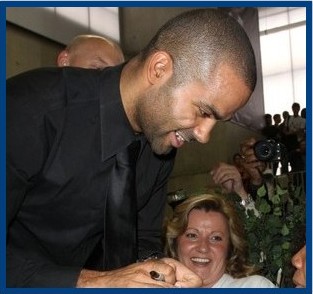 After partying in VIP lounge, the husband of Eva Longoria sent flirty messages to her, including his half-naked photo. He also quizzed if Sophia Egeler wants a sexier one still of himself.

He stopped bugging her on Tuesday when news of his split from Eva emerged.