Robert Pattinson’s co-stars in “Twilight” have praised the Edward Cullen depicter for staying true to his root and keeping himself humble despite the increasing attention he receives. 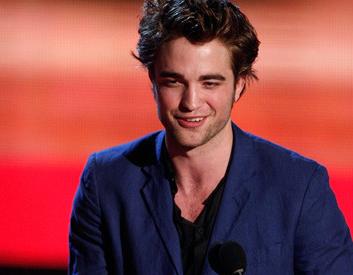 Nowadays sought-after actor Robert Pattinson has been praised by his “Twilight” co-stars, many of whom admit they are impressed by the way he deals with his newfound stardom. Kellan Lutz said: “Every second of Rob’s life is watched now” and “I’m sure he’s careful for everything he’s doing.” Besides, “Rob cracks me up every time I hang out with him. He’s just such a great, easygoing guy,” the Emmett Cullen depicter in the vampire drama movie adds.

Christian Serratos chimed in: “There’s a love for Rob, which is completely understandable. But despite all that, he’s still completely relaxed and completely laid-back. I don’t know how it’s possible, but he’s really just chill.” Cam Gigandet, who shares Best Fight MTV Movie Award with Robert, also sings his praise for the British heartthrob, saying: “[His fame] is always growing. But Rob is still Rob – which is a good thing.”

As for Mike Welch, he marveled: “Rob cannot be in public and be static for more than five seconds without being mobbed. If he’s in a room and he looks down and he looks back up, [in that instant] everyone in the room will be staring at him. It’s kind of ridiculous. [That level of fame] is literally Rob Pattinson and Barack Obama.” He goes on adding: “He’s the same guy that I met before he was world-famous, which is just a really laid-back, quirky, funny British dude.”