Dasha Astafieva, who is the Ukrainian model, was reportedly set to receive an invite from Playboy founder Hugh Hefner to move into his Los Angeles mansion. 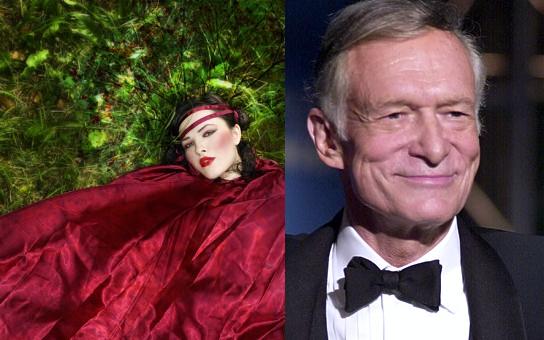 The Playboy founder is said to have angered his three live-in girlfriends – Holly Madison, Kendra Wilkinson and Bridget Marquardt – with his plans, and has been adjusting his schedule so he can spend as much time as possible with the brunette beauty.

A source revealed: “Dasha’s natural endowments and beauty stunned Hugh. Dasha has upset the pecking order by pushing her way into Hugh’s heart. The competition for his attention is really intense among the girls because of her.”

Hugh’s girlfriends are also allegedly worried Dasha, who met Hugh on New Year’s Eve at a party to find the cover model for the New Year’s issue, will steal the show on their MTV reality series “Girls Next Door.”

Kendra Wilkinson recently revealed living in the Playboy mansion is like being in a band, and compared her housemates to the Spice Girls.

She revealed: “If we all wanted the same thing it wouldn’t have worked, because that’s where all the drama would have started, but we’re like the Spice Girls – I’m the sporty one.”

She added: “We are on different roads and they don’t intersect. We don’t spend time together every day – girls just can’t do that.”