Emma Watson wants to be a “proper, proper nerd”. 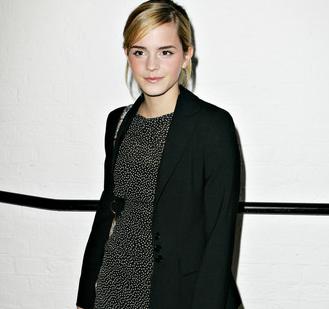 The “Harry Potter” star can’t wait to return to her studies and start university later this year – because she wants to be a geek.

She explained: “For someone who has missed as much school as I have, I want to go back and discover what else there is. I always loved school – I was a proper, proper nerd. I just want that back again.”

The 19-year-old British actress, who is due to start at the prestigious Yale University in September, admits she is surprised she has chosen to study in the US.

She said: “I never thought that I would want to go to America for university. As a child, I aspired to go to Oxford or Cambridge, because that’s where my parents went. When my dad talks about his time there, he says it was the most incredible experience.”

But the intelligent teenager – who plans to study history, English, French, politics and art – is keen to put her acting career behind her and focus on her education.

She explained to Interview magazine: “Since I haven’t been in school since July, I’ve only now realised how much I miss it. I don’t make time for it now, and you really have to sit yourself down and think about it and do it. As much as I could, when I wasn’t filming, I would go to school. When filming, I would send all of my work back to be marked by my teachers. As I got older, though, it was harder to slip in and out.”