Usher beamed as he sat beside his new star on the Hollywood Walk of Fame on September 7 in Hollywood, California. 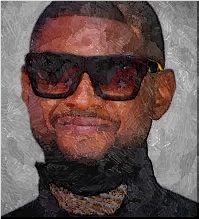 “U Remind Me” singer went to the event in all black outfit with his family and friend Stevie Wonder. He became the 2,588th entertainer to receive such honor. Meanwhile, Usher dished the scoop that his music had always been about fusion. He continued that “Even ‘Yeah!” was about creating a fusion so that everybody around the world could enjoy it. He added that fusion is always the concept whenever he went out to bat with a specific idea or a concept.